There are a few hidden traps for vegetarians who may not be aware that animal products may have been used in the production of certain foods and drinks. 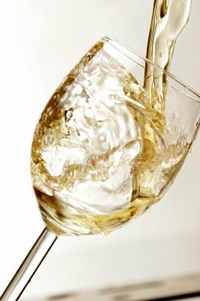 Wine is one such example, which many people just assume is vegetarian. But it may or may NOT be vegetarian. It depends on how the wine was produced and what finings were used in the production process.

According to Wikipedia: “Finings are substances that are usually added at or near the completion of the processing of wine, beer and various non-alcoholic juice beverages.” So even fruit juice isn’t necessarily “safe” – yet another trap for the unwary vegetarian.

Wiki also says: “Historically, various substances such as egg whites, blood, milk, and Irish moss have been used as finings. These are still used by some producers, but more modern substances have also been introduced and are more widely used, including isinglass, bentonite, gelatin, casein, carrageenan…

“…In the absence of ‘animal products used here’ labels, vegetarians may be unaware that the processing of a commercially produced beverage may have utilized animal based finings: either gelatin, casein, albumen, or isinglass.”

Given the rise in interest in vegetarianism and the strictness of accurate labelling these days, perhaps there’s a strong case to be made for introducing “animal products used here” labels.