We’ve already looked at the organic movement, how it started and how it’s risen in popularity over the years. Now it’s time to cast a critical eye over it. What do the sceptics say? 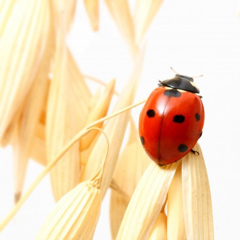 One of the most frequent criticisms of organic farming is that there’s no scientific evidence to show that organic food is actually healthier to eat than conventionally farmed produce. The Food Standards Agency states firmly that the evidence is inconclusive; there are plenty of studies which show that there’s no difference between them in terms of vitamin content and nutritional value generally. One scientist was quoted recently as saying that once the fertilising minerals are in the soil, it makes no difference where they came from – the plant grows in just the same way.

Another argument centres upon efficiency. The sceptics argue that organic farms are often less productive than conventional farms; area for area, a conventional farm may produce up to twice as much of the same crop as an organic farm does. And, because organic farming is more labour-intensive, its products are more expensive.

The extra expense in itself isn’t necessarily cause for concern (and, since the extra labour needed means more employment, it could even be considered a good thing). The worry, in the UK at least, is that families may be put off conventionally grown fruit and veg because it’s somehow not good for you – and they’ll therefore eat fewer than the recommended five portions a day because they can only afford, say, three or four.

The wider concern is that, if the world’s to shift to organic farming, it will take considerably more land to feed the world’s ever-burgeoning population than is currently being used. People like Norman Borlaug – winner of the 1970 Nobel Peace Prize for his work in pioneering the “Green Revolution” – argue that there simply isn’t enough land to feed the world by organic means, and that rainforests would inevitably fall victim to the hunger for more farmland.

Unfortunately, Borlaug rather spoils his argument with pugnacious rhetoric, rejecting criticisms by simply denying the critics’ right to criticise, mocking their points without rebutting them in detail, and accusing them of being elitist and divorced from reality. While Borlaug unquestionably deserves his Nobel Prize, he seems to have fallen victim to the arrogance of the pioneer, convinced that his way is right and that others are fools (“If people want to believe that the organic food has better nutritive value, it’s up to them to make that foolish decision”).

Moreover, some figures show small farms growing several crops in the same soil to be more productive than the big monoculture farms which rely on chemical inputs. And, while Borlaug was pooh-poohing the claim of organics advocates that their produce had better nutritive value (in his interview with Reason magazine in April 2000), he was tellingly silent on the environmental aspect of the question put to him.

A harder argument to refute is the criticism that consumers may be tempted to buy organic produce because it’s “better”, forgetting the question of how far it’s had to travel to get onto the supermarket shelves. Of course, if you’re buying a product which isn’t readily grown close to home anyway, then the question of organic over non-organic is straightforward. But if you’ve got the choice between an organic carrot that’s been airfreighted from, say, the US and a non-organic one from the farm down the road, then it’s a more complex issue (which we’ll return to in the future). Then again, the kind of person who’s concerned about the environmental impact of non-organic food is likely to be just as concerned about the impact on the atmosphere of air-freighted produce.

One point of view that’s put forward from time to time is that conventional farming can be sustainable too. According to the National Farmers’ Union, many “conventional” farmers simply don’t bother to get accredited as organic even though they meet the standards. (It’s an expensive business to get accreditation, not least because the land has to be taken out of action for two years.)

If conventional farming is becoming more environmentally friendly, then that’s all to the good. But I just wonder how the consumer’s supposed to know whether a sack of potatoes from a conventional farm has been grown quasi-organically or bombarded with every chemical in the agricultural arsenal?

So where do we stand? The jury still seems to be out on the nutritive value of organic over conventional. But, for all the attempts by Borlaug and the agro-chemical giants to stifle discussion about relative productivity, that debate doesn’t seem to be cut and dried either. And with growing concern about fertiliser residues washing into the seas and killing off marine life, there seems to be good environmental reason to favour fewer chemicals rather than more.