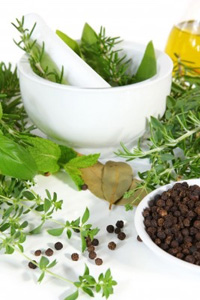 Oops! Chef Antony Worrall Thompson accidentally recommended the use of a poisonous plant in a recent magazine interview. According to the BBC yesterday, AWT said that the weed henbane “was great in salads”.

An embarrassed AWT apologised, saying that henbane was toxic and should never be eaten. What he had meant to say was that the wild herb fat hen was good for eating.

Henbane is also known as stinking nightshade and historically was used in conjunction with other plants such as mandrake and deadly nightshade to create “magic brews”. The plant is known for its psychoactive properties, which include hallucinations and a sensation of flight.

Fat hen, on the other hand, is a species of plant with succulent and juicy leaves which are often used as a vegetable.

As always, it pays to remember to take care when foraging for free food. Otherwise it could be your last supper.