It can’t have escaped your notice that there’s a lot more organic food available in the shops than there was, say, 10 years ago.

A growing number of people – both consumers and food producers – are switching over to organic farming as a better way of producing the food we need. On the other hand, there are still plenty of people who are at least sceptical about the supposed benefits – and even some who say that the fuss about organic food is positively harmful to the world’s efforts to feed its ever-growing population.

We’ll be coming back to the controversy in future posts. First, though, what is organic food, and where did it spring from? 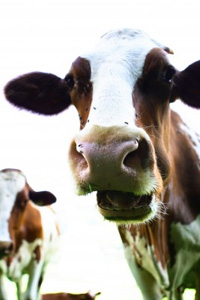 Put briefly, organic farming is the practice of agriculture in a way which relies as far as possible on balanced, living soil and makes as little use of artificial chemicals as possible. Genetically modified organisms are excluded; the routine dosing of animals with drugs, antibiotics and wormers is avoided; and only a very few artificial pesticides and fertilisers are allowed. Instead, organic farmers use crop rotation and other natural means to keep the soil fertile and healthy.

So when did it all start?

The answer lies in the early twentieth century. The growth of mechanised farming and the increased use of chemical inputs into agriculture (notably the development of ammonia-based fertilisers at about the time of the First World War) meant that large-scale, “industrial” farming became possible. But not everyone was convinced that this was a good thing. Even in the 1920s agriculturalists such as Sir Albert Howard in India and Rudolf Steiner in Germany argued that farmers were responsible for maintaining a natural and healthy balance between the soil, the plants that grew in it, and the wild animals who relied on those plants as their habitat.

After the Second World War the use of chemicals in agriculture continued to rise, boosted in part by the application of wartime chemicals for peaceful purposes. The “Green Revolution” in Mexico – in which heavy use of irrigation, hybrid plants developed for high yields, mechanisation and chemical inputs led to a massive rise in food production, was hailed as a model for the developing world to follow.

But in 1962 Rachel Carson’s book Silent Spring, documenting the disastrous effect of DDT and other pesticides on wildlife, drew widespread attention to the potential risks of the use of so many chemicals. In the meantime organisations to promote organic farming had sprung up in several countries, including the United Kingdom’s Soil Association in 1946.

Environmental awareness continued to grow through the closing decades of the century. While organic farming was unusual enough to be the theme of a sitcom in the BBC’sThe Good Life in the Seventies, by 1991 it was mainstream enough to be the subject of European Commission regulation. Since 1993, when the regulation setting down standards for organic produce came into force, food sold in the EU that claims to be organic has to be independently certified as meeting those standards.

Organic produce is now big business in the UK, with sales worth around £2bn in 2006. 70% of the baby food market is organic.

But how much hard science underlies the belief that it’s somehow “better”; and how much of it is just hype? There are plenty of people around who argue that the whole movement’s misguided and that the arguments in favour of organic produce are flawed. We’ll be looking at this debate soon.