Where do you do your shopping? The answer to that question seems to depend heavily on how economically advanced the country is that you’re living in.

In South Asia, for instance, the answer is very often that YOU don’t – your cook goes to the market and does it for you (although it may be worth braving the stares of the crowds every now and again to go along yourself and check what’s available, and at what price). In Western Europe, the edge-of-town hypermarket is generally king, although those who care about their food may have managed to track down a proper baker/fishmonger/butcher. 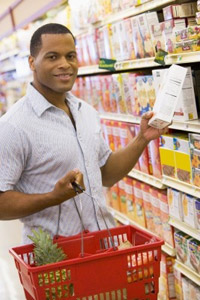 In between you’ve got places like Malta – a few supermarkets, but quite a few mobile shops as well, especially for vegetables – or Thailand, where most people still shop at markets or from hawkers with motorbike and sidecar, but a growing number are making use of the giant all-purpose stores like Lotus Tesco, Carrefour and Big ‘C’.

It’s interesting to see that when supermarkets are introduced into developing economies, they very rapidly catch on; above all with the more affluent parts of society, but also on a more modest scale with the middle class – the people who have their own small business and who have made it beyond unskilled labour or subsistence farming. OK, so these modestly well-off people may not be able to afford a car and a fridge to do a weekly shop in a hypermarket, but they may be able to make use of local convenience stores. 7-Eleven and similar stores are springing up like wildfire in Thailand and in other countries where they’re allowed.

Much the same happened in Britain in the last century. Although the first Co-op shop opened as early as 1844 (in Rochdale), and Thomas Lipton had as many as 500 outlets by 1914, it wasn’t until 1948 that Britain’s first self-service store opened (again, it was a Co-op, in Southsea). But after that, the growth was rapid. Sainsbury’s opened their first self-service store in 1950, and chains such as Tesco, Asda, Mace and VG followed suit. By the 1970s the corner shop was pretty much in decline – and at pretty much the same time, the first hypermarkets started opening, such as Carrefour in the New Town of Telford. Another twenty years later, and the butchers, bakers, greengrocers and fishmongers were all feeling the pinch.

Paradoxically, perhaps, the trend’s now starting to reverse. Although buying everything under one roof is undoubtedly convenient, more and more people are starting to question the quality of what they’re buying. This is not so much from the point of view of fitness for consumption – the supermarkets’ record is pretty good on that score. The issue is one of taste; people don’t want to buy tomatoes bred for their shape and colour, they’d rather have a bit of taste in them. There’s another paradox in this, too: a bit of imperfection is somehow seen as confirming that the produce is more “wholesome”, or at least more natural. Hence, I suppose, the rise of the farmer’s market.

But it may already be too late for the specialist shops. During our enforced stay in London last year we were glad to see that the fishmonger we used to frequent four years earlier was still in business. But the butcher we used to use had vanished.

It’s all “progress” I suppose, but interesting nonetheless how we seem to have turned full circle.