Do you drink cola? If so, Pepsi or Coke?

Not, perhaps, the big cultural divide of our time. But still, it’s a question which has been widely asked around the world for at least the last fifty years – probably longer in the US, and a lot more recently in other places, as we’ll see. 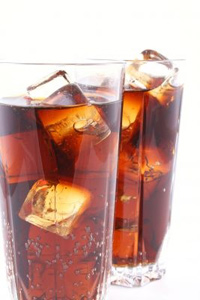 Originally, of course, they were both considered health drinks – Pepsi to cure stomach pains (dyspepsia), Coke – much more ambitiously – for a wide range of additional ailments including morphine addiction, neurasthenia, headaches and impotence. The health claims disappeared relatively early on, and the drinks were simply sold for their ability to refresh. More recently, they’ve attracted criticism as being unhealthy – though the stories about their ability to dissolve teeth, coins and nails are nonsense.

However, a shift came in the 1930s, as Pepsi was close to going out of business. In a move which was either breathtaking business acumen or sheer desperation, Pepsi reduced their prices to about half the price of Coke. That gave them a massive market boost which forced Coca-Cola to reconsider their own marketing strategy.

After the Second World War – during which Coca-Cola attached reps to military units to enable them to provide soft drinks to the front-line fighters – Coke positioned itself as the established drink representing traditional, comforting, all-American family values. By history or default, Pepsi’s role became the drink of the young – challenging, new and innovative.

It wasn’t until the early 1970s that things really started hotting up – when Pepsi launched the Pepsi Challenge, adverts showing blind tests in which the participants preferred a cola that turned out to be Pepsi. Since then we’ve had the fiascos of New Coke (which flopped because it jarred with Coke’s traditional image, not because of the taste) and Crystal Pepsi (clear, colourless Pepsi), plus the surge (scourge?) of the diet drinks – Diet Pepsi, Pepsi Max, Coca-Cola Light and the rest. Again, the popular belief that you can eat as much fatty food as you like so long as you have a Diet Pepsi or Coca-Cola Light as well is just a myth. These drinks are NOT calorie vacuums.

There have been other variants too, not including the subordinate brands like Fanta, 7-Up, Sprite and the others. Cherry Cola isn’t one of them, by the way – Coke’s brand is Cherry Coke. Did you know that Ray Davies of the Kinks had to fly across the Atlantic to re-record the first line of “Lola” because the BBC wouldn’t allow the original line – which namechecked Coca-Cola – to be broadcast?

The Cola Wars hotted up in the 1980s, with massive spending on advertising by both companies, enlisting the help of megastars. With hindsight, Pepsi seem to have chosen pretty badly, at least in the cases of Michael Jackson – remember the hair on fire? – and Gary Glitter.

But the wars have been political too. Immediately after the Second World War Coca-Cola wasn’t available in Israel, but was sold elsewhere in the Middle East. (They’d applied for a licence in Israel but had been turned down.) However, in the 1960s pro-Israel lobbyists accused Coca-Cola of being anti-Semitic, at which point Coke opened up an operation in Israel. The Arab world promptly boycotted Coke; for almost thirty years until 1991, Pepsi had a virtually free run in the Middle East other than Israel.

Both brands have powerful images as international (but still American) brands. For that reason, their presence hasn’t always been welcomed. During India’s most strongly socialist years they were prevented from operating, and didn’t return until comparatively recently – Pepsi were first, as a joint venture with Punjabi companies and rebranded as Lehar-Pepsi. It wasn’t until 1991 that international brands were allowed, and in 1994 Pepsi bought out their partners and restored their international name. Coca-Cola didn’t get back until 1993.

Despite their friendly image, both Pepsi and Coca-Cola have attracted increasing concern in the developing world. Not just because of cultural dominance (so-called “Coca-colonisation”), but for a far more immediate reason: their heavy water consumption. It takes five litres of water to produce a litre of cola – and in communities facing ever greater stress on their water supply, a bottling plant is a burden that can’t be borne.

Something to think about when you pop open that next cool, refreshing can…

One Response to “Pepsi or Coke?”